“the pace of it is darker, harder, faster, deeper.”

We won’t be seeing the return of The Walking Dead until October, but we are just getting our first peek behind the scenes thanks to AMC. This new featurette gives us a chance to talk to most of the cast about the change in tone from season two to season three. There’s also plenty of talk about Michonne, The Governor and Woodbury.

It was pretty interesting to see that they all had one main talking point: Convince the fans that there will be more blood and violence than season 2. 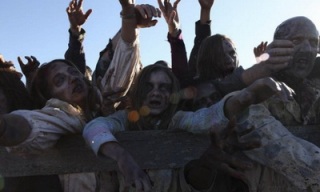