New Trailer For ‘The Watch’ With Vince Vaughn And Ben Stiller

The new trailer for The Watch sets up the film as a very funny, Sci Fi Comedy. Check it out after the jump.

I have not really been paying all that much attention to The Watch. I had heard that it was a neighborhood watch comedy starring Ben Stiller, Vince Vaughn and Jonah Hill, and I thought it could be funny, but it didn’t really excite me.

Anyways, I just watched the new trailer that debuted on Conan last night and it is actually a sci fi comedy about the neighborhood watch guys fighting off an alien invasion. It’s like The Burbs, but with aliens instead of NAZIS. That could be fun.

Official Synopsis:
The Watch is about a suburban “neighborhood watch” group that serves as a front for dads to get some male-bonding time away from their families. The group finds itself in over its head when it uncovers a plot to destroy the world. 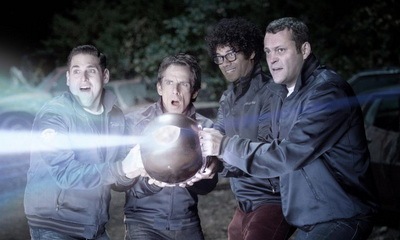