If you didn’t get enough of Nathan Fillion in the clip from Much Ado About Nothing, make sure you check out this new trailer.

A new trailer came out today for Percy Jackson: Sea of Monsters. Admittedly, I never saw the first one or read any of the books, but this one is looking like it could be a lot more fun than the first one did. Of course, a big part of that is that they have added Nathan Fillion to the cast. However, I would not be surprised if what we see in this trailer is the majority of his role in the film.

Official Synopsis:
Based on the best-selling book, PERCY JACKSON: SEA OF MONSTERS continues the young demigod’s epic journey to fulfill his destiny. To save their world, Percy and his friends must find the fabled and magical Golden Fleece. Embarking on a treacherous odyssey into the uncharted waters of the Sea of Monsters (known to humans as the Bermuda Triangle), they battle terrifying creatures, an army of zombies, and the ultimate Evil. 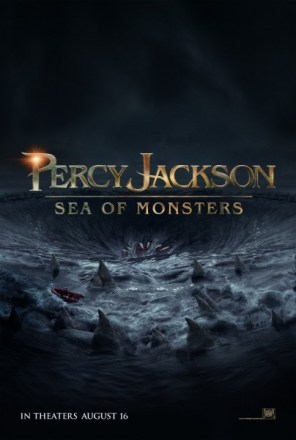