I am so disappointed that it isn’t Sharkvalance or Sharkteroids.

While parts of the world are still discovering the wonder that is Sharknado, the sequel has now been announced after an extensive contest where fans submitted over 5,000 suggestions for the title.

So, without further adieu, here it is…

Sharknado 2: The Second One

The 2014 Syfy original will definitely feature the original’s star, Ian Ziering, but there’s still word on what other surviving cast members might appear.

I am so disappointed that it isn’t Sharkvalance or Sharkteroids. 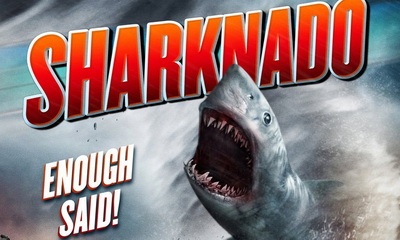