The new film will take place “Some Years” after the original.

I know that having Hampton Fancher, the screenwriter who delivered such an amazing script for the original film and having Ridley Scott Direct are both big plusses, but I worry a lot about them trying to capture this lightning in a bottle again. Right now all we know is that it takes place several years after the first film. That could be ten years or it could be 200. There is also no word on casting, and there probably won’t be for a while. 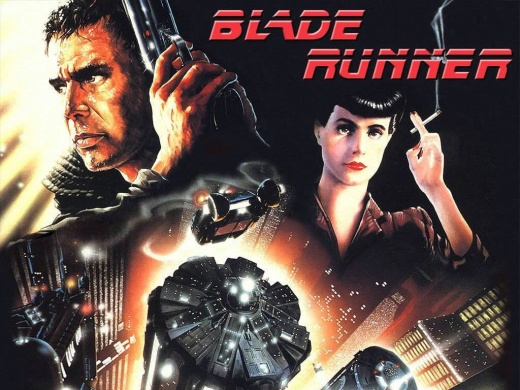 Here is the official Announcement:
LOS ANGELES, CA, MAY 17, 2012—Hampton Fancher is in talks to reunite with his “Blade Runner” director Ridley Scott to develop the idea for the original screenplay for the Alcon Entertainment, Scott Free, and Bud Yorkin produced follow up to the ground-breaking 1982 science fiction classic, it was announced by Alcon co-founders and co-Chief Executive Officers Broderick Johnson and Andrew Kosove.

The filmmakers are also revealing for the first time that the much-anticipated project is intended to be a sequel to the renowned original. The filmmakers would reveal only that the new story will take place some years after the first film concluded.

The three-time Oscar-nominated Scott and his “Blade Runner” collaborator Fancher originally conceived of their 1982 classic as the first in a series of films incorporating the themes and characters featured in Philip K. Dick‘s groundbreaking novel “Do Androids Dream of Electric Sheep?“, from which “Blade Runner” was adapted. Circumstances, however, took Scott into other directions and the project never advanced.

Fancher, although a writer of fiction, was known primarily as an actor at the time Scott enlisted him to adapt the Dick novel for the screen. Fancher followed his “Blade Runner” success with the screenplays, “The Mighty Quinn” (1989) and “The Minus Man” (1999). He has continued to write fiction throughout his career.

State Kosove and Johnson: “It is a perfect opportunity to reunite Ridley with Hampton on this new project, one in fact inspired by their own personal collaboration, a classic of cinema if there ever was one.”

Released by Warner Bros. almost 30 years ago, “Blade Runner” was adapted by Fancher and David Peoples from Philip K. Dick‘s groundbreaking novel “Do Androids Dream of Electric Sheep?” and directed by Scott following his landmark “Alien.” The film was nominated for two Academy Awards (Best Visual Effects, and Best Art Direction). Following the filming of “Blade Runner,” the first of Philip K. Dick’s works to be adapted into a film, many other of Dick’s works were likewise adapted, including “Total Recall,” “A Scanner Darkly,” “Minority Report,” “Paycheck,” and the recent “The Adjustment Bureau,” among others.

ABOUT ALCON ENTERTAINMENT Alcon Entertainment co-founders and co-CEO’s Andrew Kosove and Broderick Johnson founded the Company in 1997 with financial backing from Frederick W. Smith, the Founder, Chairman and Chief Executive Officer of FedEx. Alcon, which is named after a mythological archer and ally of Hercules, has financed, and/or co-financed/produced over 19 films, including “My Dog Skip,” “Dude, Where’s My Car?”, “Insomnia,” “Racing Stripes,” the Academy Award nominated Best Picture “The Blind Side,” which earned Sandra Bullock a Best Actress Oscar; “The Book of Eli,” starring Denzel Washington and Gary Oldman; “Insomnia,” starring Al Pacino, Robin Williams, and Hilary Swank and directed by Chris Nolan; “The Sisterhood of the Traveling Pants,” and “P.S. I Love You,” starring Hilary Swank, among many others.

Alcon is currently in production on “Beautiful Creatures,” based on the New York Times bestselling novel of the same name by authors Kami Garcia and Margaret Stohl, starring Jack O’Connell, Alice Englert, Viola Davis and Emma Thompson. Richard LaGravenese will direct from his adaptation of the novel, which is the first of a hugely popular series.