Its amazing how in th blink of an eye the entire world can change and effect things that you would have never even considered. 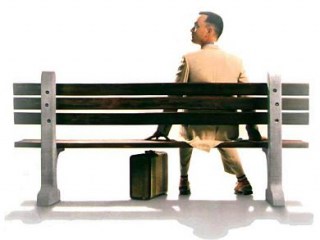 Slashfilm just did an interview with Eric Roth about his latest film, The Curious Case of Benjamin Button. During the chat the subject of whatever happened to the Forrest Gump Sequel that he’d been working on several years earlier.

“I turned in my version of the Forrest Gump sequel, or Part II, whatever you call it… It’s a continuation really — I want to start the movie literally two minutes after the end of the last one, with him on the bus bench waiting for his son to get home from school. But I turned in the script the night before 9/11. And we sat down, Tom [Hanks] and Bob [Zemeckis] and I, looked at each other and said, we don’t think this is relevant anymore. The world had changed. Now time has obviously passed, but maybe some things should just be one thing and left as they are.”

Its amazing how in th blink of an eye the entire world can change and effect things that you would have never even considered.