It’s a big day for Guillermo Del Toro’s Pacific Rim. Not only did the viral campaign launch today, but we are now getting to look at the blue prints for four different giant monster fighting robots.

It’s a big day for Guillermo Del Toro’s Pacific Rim. Not only did the viral campaign launch today, but we are now getting to look at the blue prints for two different giant monster fighting robots.

In the film, the robots are each piloted by two people and they are called Jaegers. Earlier today, Wired.com posted the bluepints for Jaeger Gipsy Danger. Now, the Pacific Rim Facebook Page is announcing that the prints for Jaeger Cherno Alpha have been leaked online. Check them both out today. 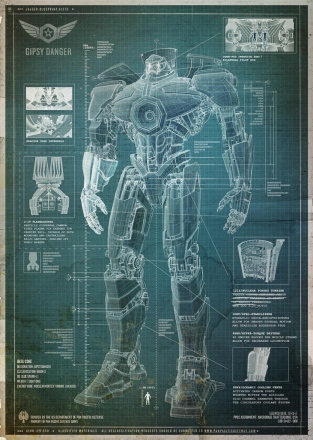 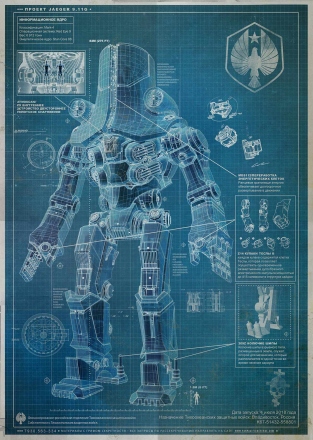 *UPDATE: a little while ago, the third Jaeger BLue Print popped up. This one is for the Japanese Jaeger – Jaeger Coyote Tango: 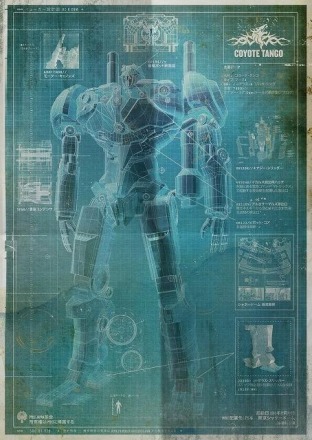 **2nd UPDATE: A Fourth Jaeger has entered onto the scene. This one is from Australia and it might possibly be the coolest of them all so far! It goes by the name of Striker Eureka. 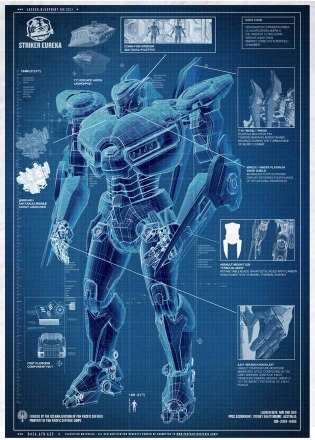 Synopsis:
When legions of monstrous creatures, known as Kaiju, started rising from the sea, a war began that would take millions of lives and consume humanity’s resources for years on end. To combat the giant Kaiju, a special type of weapon was devised: massive robots, called Jaegers, which are controlled simultaneously by two pilots whose minds are locked in a neural bridge. But even the Jaegers are proving nearly defenseless in the face of the relentless Kaiju. On the verge of defeat, the forces defending mankind have no choice but to turn to two unlikely heroes—a washed up former pilot (Charlie Hunnam) and an untested trainee (Rinko Kikuchi)—who are teamed to drive a legendary but seemingly obsolete Jaeger from the past. Together, they stand as mankind’s last hope against the mounting apocalypse.