Possible Spoiler: Who Felicity Jones Is Playing in THE AMAZING SPIDER-MAN 2?

We are talking spoilers for The Amazing Spider-Man 2 again. That means, if you don’t want to know, now’s the time to click the back button. If you do want to know, then scroll down and find out the news!

Now, we are getting some new news thanks to a little bit of a slip during an interview with Felicity Jones. We’ve known for a while now that she was going to be in The Amazing Spider-Man 2, but we didn’t know who she was going to be. The big guess was that she’d be Felicia Hardy, AKA The Black Cat, though half of those rumors were just based on the similarity of their names.

Now, it looks like that has been confirmed through awkward body language in a recent interview with Jones. The slip came during an interview with Jan Gilbert (via Bleeding Cool) for her new film, Breathe In.

The tricky Gilbert didn’t bother asking if Jones was playing The Black Cat, instead she smartly just asked if she was looking forward to everyone seeing her as Black Cat. Here’s her response:

Watch the video below and decide for yourself! 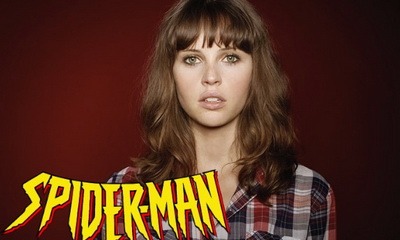 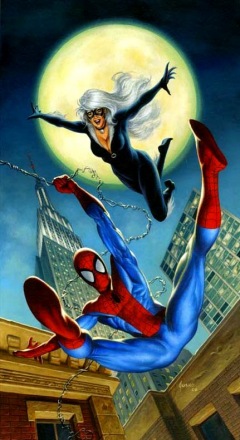