This is now the second major milestone that Marvel got beaten on. First, Wonder Woman will beat them with the first female led hero film, and now this.

A couple of weeks ago, people were peeing themselves with anger and or delight over the fact that Beauty and The Beast’s Lefou would be the first openly gay Disney character. I’m so glad to see no one cares about this. Interestingly, this is now the second major milestone that Marvel got beaten on. First, Wonder Woman will beat them with the first female led hero film, and now this.

One of the things that makes this a potentially big deal is that the Yellow Ranger (Played by Becky G), will be coming to terms with her sexuality over the course of the film. This presents a tremendous opportunity for the film to act as a positive role model for the target demo of the movie. Granted, it also means that some people will label it a recruitment tool for homosexuality, but I’ll let you make up your own mind on who has their head up their ass on that one.

The film’s director, Dean Israelite, talked to THR about the reveal and what it mean on a larger scale.

“For Trini, really she’s questioning a lot about who she is. She hasn’t fully figured it out yet. I think what’s great about that scene and what that scene propels for the rest of the movie is, ‘That’s OK.’ The movie is saying, ‘That’s OK,’ and all of the kids have to own who they are and find their tribe.” 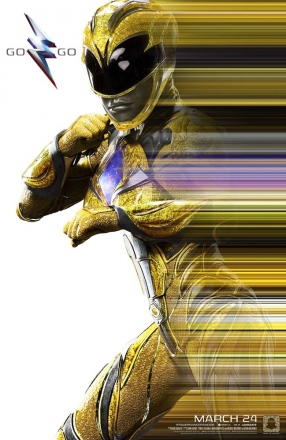