While Disney is no stranger to controversy, critics are recently slamming Disney for intentionally avoiding a fairytale ending for a black prince and princess. 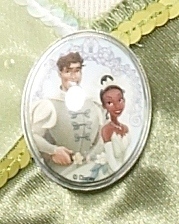 Disney’s upcoming film, “The Princess and the Frog,” featuring the first ever African American princess has sparked outraged because her prince appears “white.”

While Disney is no stranger to controversy, Disney’s first black princess, Princess Tiana is being pairing with a “white” Prince Naveen. This has critics slamming Disney for intentionally avoiding a fairytale ending for a black prince and princess and sending a mixed message.

At the heart of the controversy is the fact that most of the characters in the movie appear black, all except Prince Naveen of Maldonia, who is voiced by a Brazilian actor and appears more white than black in promotional shots released by Disney.

Since Snow White and the Seven Dwarfs in 1937, most of Disney’s princesses and prince have historically been white — all with the exception of Pocahontas, Mulan, and Jasmine in Aladdin.

Originally titled “The Frog Princess,” Disney’s announcement of their plans for the first black princess irked critics and sparked racial controversy back in 2006. As many critics claimed that the premise involving Maddy a chambermaid who worked for a spoilt white debutante in 1920s New Orleans reinforced prejudice and was racially insensitive.

Disney has come out to insist that their choice of a black princess and “white” prince was part of a policy to implement diversity. Bloggers and chat rooms on the Internet think otherwise however:

“I think it’s sad that he is white because it’s saying that black love isn’t good enough and that black men could never be princes.”

“I am very disappointed and I wished Disney had made the prince black, (and the ironic thing is the prince in the movie is white but the evil voodoo villain is voiced by a black actor and is black).”

One thought on “Racial Controversy Surrounds Disney Yet Again”