“…To the point where if there’s water or clouds or like a big explosion, that will be made out of animated LEGOs.”

When you were a kid didn’t, you ever wish that all those great LEGO characters you used to play with would come to life? Well Thanks to the directors of ’21 Jump Street’ movie, that dream is becoming a reality. Phil Lord, Chris Miller and Warner Bros have teamed up to bring you the story of a young hero who must save the LEGO world from destruction. I can’t believe that LEGO’s have come this far. I remember as a kid the only two things LEGO’s were good for were: building towns or trying to eat them. Talk about freaking your mother out when you stumbled into the other room choking and red as hell. According to the filmmakers the picture will be a full on LEGO environment in 3D.

“…To the point where if there’s water or clouds or like a big explosion, that will be made out of animated LEGOs.” Said Lord and Miller

The film is set to be released on February 28th, 2014 which will go head to head with ‘Cloudy 2: Revenge of the Leftovers’ another film produced by Lord and Miller. I guess they lose no money there. 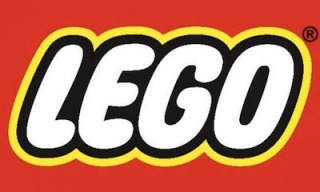