Check out the latest clip from the Avengers. This time, we get to see Agent Coulson and Captain America sharing a heart-felt moment.

Another day, another Avengers clip. This time, we get to see Agent Coulson and Captain America sharing a heart-felt moment. This is the kind of scene where you can definitely hear Joss Whedon’s voice, and that isn’t a bad thing. In fact, this is the most humanity that we’ve ever seen bestowed upon Clark Gregg’s character in any of the Marvel films.

Official Synopsis:
The Avengers is an upcoming American superhero film produced by Marvel Studios and distributed by Walt Disney Pictures, based on the Marvel Comics superhero team of the same name. It is the sixth installment in the Marvel Cinematic Universe. The film is written and directed by Joss Whedon and features an ensemble cast, which includes Robert Downey, Jr., Chris Evans, Mark Ruffalo, Chris Hemsworth, Scarlett Johansson, Jeremy Renner and Samuel L. Jackson. In The Avengers, Nick Fury, director of the peacekeeping organization S.H.I.E.L.D., recruits Iron Man, Hulk, Thor, and Captain America to save the world from destruction.

Development of The Avengers began when Marvel Studios received a grant from Merrill Lynch in April 2005. After the success of the film Iron Man in May 2008, Marvel announced that The Avengers would be released in July 2011. With the signing of Scarlett Johansson in March 2009, the film was pushed back for a 2012 release. Whedon was brought on board in April 2010 and rewrote the screenplay that was originally written by Zak Penn. Production began in April 2011 in Albuquerque, New Mexico, before moving to Cleveland, Ohio in August 2011 and New York City in September 2011. The film was converted to 3D in post-production.

The Avengers is scheduled for release on May 4, 2012 in the United States in 2D and 3D. 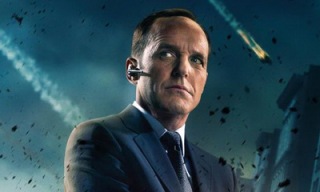