Sunday’s schedule for Comic Con is out! The world’s greatest fan convention wraps up with big panels for your favorite TV shows like Doctor Who, Sons Of Anarchy, Breaking Bad, and more!

Sunday’s schedule for Comic Con is out! The world’s greatest fan convention wraps up with big panels for your favorite TV shows like Doctor Who, Sons Of Anarchy, Breaking Bad, and more!

Here are our top pics for what you’ll want to check out! 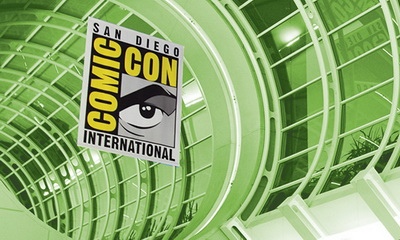 10:00am
DuckTales: Remastered
How do you take a beloved 24-year-old NES game and update it for today’s gamers while doing your best not to ruin anyone’s childhood? Go behind the scenes withAustin Ivansmith (director/designer), Matt Bozon (creative director), and Rey Jimenez (Capcom producer) for an in-depth look at how a great video game is made — from design, to art, to music, and more. Followed by a Q&A session, plus maybe a surprise or two.
Sunday July 21, 2013 10:00am – 11:00am
Room 25ABC

10:00am
Supernatural Special Video Presentation and Q&A
Series stars Jared Padalecki (Friday the 13th [2009]), Jensen Ackles (My Bloody Valentine 3D), Misha Collins (Ringer), and Mark A. Sheppard (Battlestar Galactica), along with executive producer Jeremy Carver (U.S. version of Being Human) return to Hall H to answer questions from the audience about what’s in store for the ninth season of this exciting series. Fans will also be treated to an exclusive video presentation featuring series highlights, as well as a portion of the special features from the upcoming Supernatural: The Complete Eighth Season DVD and Blu-ray release, in stores September 10. The ninth season of Supernatural will premiere this fall in its new Tuesday nighttime period at 9/8c on The CW. The series is produced by Wonderland Sound and Vision in association with Warner Bros. Television.
Sunday July 21, 2013 10:00am – 11:00am
Hall H

10:00am
World Premiere of Scooby-Doo! Adventures: The Mystery Map
Everyone’s favorite Great Dane splashes onto the screen with a new, groundbreaking look that combines state-of-the-art puppetry with a cartoon sensibility. Witness the world premiere of this entertaining film along with panelists like Tony Award winnerStephanie D’Abruzzo (Avenue Q), puppetmaster supreme Peter Linz (The Muppets) and the voice of Shaggy, Matthew Lillard (Trouble with the Curve), as well as filmmakers David Rudman (The Muppets) and Adam Rudman (Sesame Street) and Warner Bros. Animation’s Jay Bastian as they reveal their magical visual techniques during a fun postscreening panel. Scooby-Doo! Adventures: The Mystery Map will be distributed by Warner Bros. Home Entertainment as a digital download and a Walmart DVD exclusive on July 23.
Sunday July 21, 2013 10:00am – 11:15am
Room 6A

11:15am
Breaking Bad
AMC’s Breaking Bad creator and executive producer Vince Gilligan appears with the cast of Breaking Bad, including Bryan Cranston, Aaron Paul, Anna Gunn, Dean Norris, Betsy Brandt, R. J. Mitte, and Bob Odenkirk. In a panel moderated byChris Hardwick, Vince and the cast talk about what it was like to shoot the final episodes of one of the boldest and most intense dramas on television and how they are preparing for the series’ final moments. Join the panelists for a one-on-one Q&A session and an official sneak preview of the final eight episodes of Breaking Badseason 5, premiering Sunday night, August 11 at 9:00.
Sunday July 21, 2013 11:15am – 12:15pm
Hall H

11:45am
Teen Titans Go! Screening and Q&A
This is a must-Go! panel for all Teen Titans fans, as Robin, Starfire, Beast Boy, Cyborg, and Raven make their triumphant return to Comic-Con! Fans will be treated to a brand-new episode, as well as exclusive footage that will be screened only at Comic-Con! Following the screening, join producer Aaron Horvath (MAD) and members of the voice cast for a Q&A as they give fans a peek behind the cape at all the upcoming comedic mayhem that will be going on inside Titans Tower. From Warner Bros. Animation, Teen Titans Go! airs Tuesdays at 7:30/6:30c on Cartoon Network.
Sunday July 21, 2013 11:45am – 12:45pm
Room 6BCF

12:00pm
George R. R. Martin Discusses the Skin Trade Adaptation
George R. R. Martin, the New York Times bestselling author and the mind behind HBO’s massively successful Game of Thrones, discusses his novels, his projects, and the wicked new Skin Trade comic book series! His novels are the most anticipated releases in fiction, and the Game of Thrones series has captivated audiences worldwide. This is your chance to find out direct from the creative mastermind himself what twists, turns, and unfortunate ends your favorite characters are in for and whySkin Trade will make your skin crawl.
Sunday July 21, 2013 12:00pm – 1:00pm
Room 25ABC

1:00pm
Beware the Batman Screening and Q&A
The Dark Knight makes his return to television in this new action-packed CG animated series. A cool new take on the classic franchise, Beware the Batman incorporates Batman’s core characters with a rogues’ gallery of new villains not previously seen in animated form. With backup from ex-secret agent Alfred and lethal swordstress Katana, the Dark Knight faces the twisted machinations of Gotham City’s criminal underworld, led by the likes of Anarky, Professor Pyg, Mister Toad, and Magpie. After screening a new episode, producers Glen Murakami (Teen Titans) and Mitch Watson (Scooby-Doo! Mystery Incorporated) and others will take attendees into the shadows of Gotham City for a lively discussion on the adventures that await Batman this season. From Warner Bros. Animation, Beware the Batman airs Saturday mornings at 10:00 ET/PT on Cartoon Network.
Sunday July 21, 2013 1:00pm – 2:00pm
Room 6BCF
1: Programs, Animation, Comics, Kids, Superheroes, Television

1:50pm
Community: Celebrating the Fans
Community is back at Comic-Con, and the show is making its Hall H debut to celebrate the devoted Community fandom! Currently confirmed are cast members Gillian Jacobs, Danny Pudi, Yvette Nicole Brown, Alison Brie, Jim Rash, and Ken Jeong, plus executive producers Dan Harmon and Chris McKenna and co-executive producer Andy Bobrow, moderated by Chris Hardwick (The Nerdist). Be a part of the study group for a panel and Q&A, and you’ll find out firsthand what surprises are in store for the Sony Pictures Television’s comedy series when it returns to NBC for its fifth season. Community launches in broadcast syndication and on Comedy Central this September.
Sunday July 21, 2013 1:50pm – 2:45pm
Hall H

Under the Dome
Stars Dean Norris (Breaking Bad), Mike Vogel (Bates Motel), and Rachelle Lefevre (Twilight), along with executive producers Brian K. Vaughan (Lost), Neal Bear (Law and Order: SVU), and Jack Bender (Lost), invite you to go under the dome as they discuss the television event of the summer about a small town inexplicably sealed off from the rest of the world by an invisible and indestructible dome. Based on Stephen King’s bestselling novel, the series follows “Big Jim” (Norris), the only elected official left under the dome whose abiding love for the town may be surpassed only by his desire for power; Dale “Barbie” Barbara (Vogel), an army veteran with a mysterious past; and “Julia Shumway” (Lefevre), the editor of the local newspaper who is coping with the disappearance of her husband, among other residents who are all struggling to uncover the mystery of the dome that has descended upon their town. They must come together to find ways to survive and work to ultimately rebuild their democracy from the ground up, while facing postapocalyptic situations. Follow them on this journey under the dome, where no one can hide and no one’s secret is safe.
Sunday July 21, 2013 2:15pm – 3:15pm
Room 6BCF

3:00pm
Spotlight on Neil Gaiman
Comic-Con special guest Neil Gaiman has crossed over into numerous media. From comics to novels, from kids’ books to animation, from television to movies, Neil remains one of the most popular creators in the world. Visiting Comic-Con this year to celebrate the 25th anniversary of his seminal comics creation The Sandman, he’ll talk about everything that’s going on his career right now.
Sunday July 21, 2013 3:00pm – 4:00pm
Room 6DE