Does this mean we’ll be seeing Mr McGregor again?

Right now this can’t be confirmed, but a photo has just started floating around online purporting to be the unveiling screen from the Star Wars Hall H panel. On it, we’ve got 6 movies:

It was just in the last couple of days that we’ve heard one of the anthology films will be based on Han Solo, but this is the first word of it being a face off with Boba Fett!

Now, is this true? I’m not sure, but we’ll have all the news for you when Disney/ Lucasfilm take the stage of Hall H on Saturday. 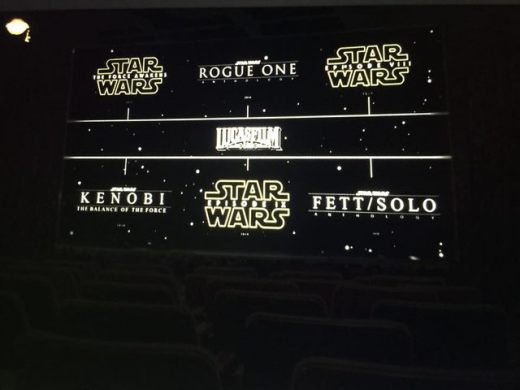