I’m not sure where to begin: Negan vs Snoopy? Or Rick screwing a unicorn…

It’s been a little while since we’ve heard anything from Seth Green and the folks over at Adult Swim’s Robot Chicken. Well, they were at Comic Con last weekend, and while it might have been overshadowed by things like the Thor: Ragnarok Trailer and our first look at Steven Spielberg’s adaptation of ‘Ready Player One’, they definitely dropped a pretty big announcement.

In past years, the Robot Chicken specials (DC, Star Wars, Christmas) have always been some of the most memorable. This time around, they are making a special for a subject that hasn’t really been covered all that often on Robot Chicken: The Walking Dead.

Yup, The Robot Chicken Walking Dead special is a thing that is actually happening. I’m not sure where to begin: Negan vs Snoopy? Or Rick screwing a unicorn… The special is called “Look Who’s Walking”, and it will even feature Jeffery Dean Morgan as Negan.

While there was release date for the special, they did report that regular episodes of Robot Chicken will be returning to Adult Swim this fall. 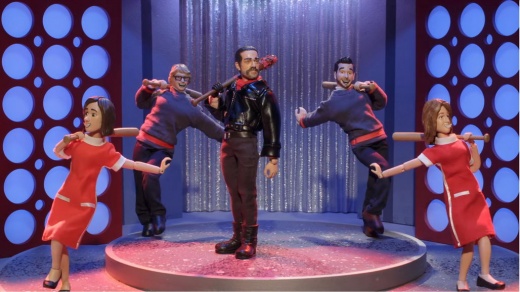