Set Images and Concept Art from ‘The Wolverine’

As you can see, they are VERY early into production, but this is still some cool stuff.

Between Aronofsky and Japanese Earthquakes, it was starting to feel like The Wolverine might not actually happen. Well, it is… As you can see, it is in VERY early production, but we’ve still got some great images here.

Most of the set pieces look like they are in the beginning stages. I can’t say how happy I am that they are making some miniatures and not just doing it all in CGI. It looks like there will be a pretty epic, samurai battle in the film for Logan, which makes sense as the film is largely based on the characters time in Japan. Another interesting sight on the concept art board is what looks like a giant nuclear explosion…

There’s been talk of the film being shot in both an R and a PG-13 version. I would love to see Wolverine as an R rated film, but I’m not counting my chickens on that one. 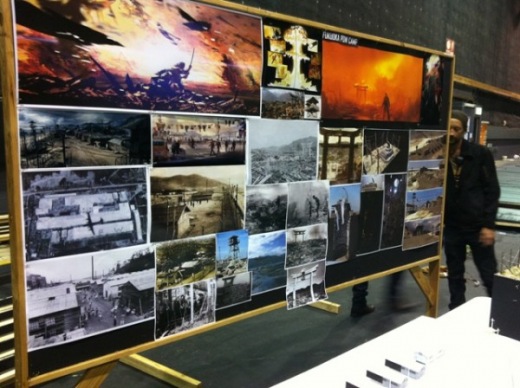