New images of Kristen Stewart riding horseback in armor as Snow White. Obviously. I mean, what else would she be doing? Cleaning and baking?

Here are some new set images from Universal’s upcoming “Snow White and the Huntsman.” Not to be confused with Relativity and the Tarsem directed more light hearted yet-to-be titled “Snow White.”

From gallery below you can see new images of Kristen Stewart (Twilight) riding horseback in armor as Snow White. Obviously. I mean, what else would Snow White be doing? Cleaning and baking?

“Snow White and the Huntsman” also stars Chris Hemsworth (Thor) as the Huntsman, Charlize Theron as the evil queen. 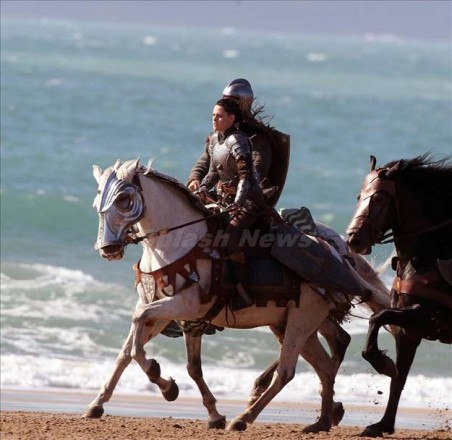