“Come with me if you want to not die.”

It’s going to be a fun week for movie trailers. Tomorrow, we’ve got the first trailer for X-Men: Days of Future Past, and now we just found out that we’ll be getting a new trailer for The Lego Movie in three days.

To prep us for the latter, they’ve just released a new teaser for The Lego movie that introduces the female hero – Wyldstyle, voiced by Elizabeth Banks.

The original 3D computer animated story follows Emmet, an ordinary, rules-following, perfectly average LEGO minifigure who is mistakenly identified as the most extraordinary person and the key to saving the world. He is drafted into a fellowship of strangers on an epic quest to stop an evil tyrant, a journey for which Emmet is hopelessly and hilariously underprepared. 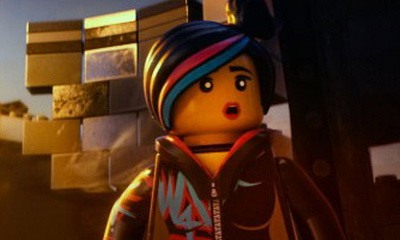