Edward Norton in the new Robocop Movie? I’d buy that for a dollar!

It seems like pretty much everyone is happy with the news that Joel Kinnaman of AMC’s The Killing is taking on the role of Alex Murphy in the new Robocop film by Jose Padhila. Now it looks like he is going to have some pretty major company along for the ride.

Several sites are reporting that Edward Norton, Gael Garcia Bernal, Sean Penn and Rebecca Hall are all currently in talks for roles in the film which is currently set for a summer 2013 release.

Gael Garcia Bernal looks like he will be taking on the role of Alex Murphy’s partner, Jack lewis – pre-Robocop. After Alex “dies” Jack gets into a relationship with Clara, Alex’s now widow. She will be played by Rebecca Hall.

Norton looks like he will be playing a funny scientist who is the brain behind the Robocop technology.

Then there’s Sean Penn. word is that he will be playing a “right-wing reporter who sticks to his guns.” That kind of sucks and here’s why. I don’t care about anyone’s personal politics, but when you are playing a role that is so entirely opposite of your personal belief structure, it becomes very easy to treat it like a cartoon and not like a real role. Also, the last time I liked Sean Penn in a movie was Carlito’s Way… but that is entirely beside the point. 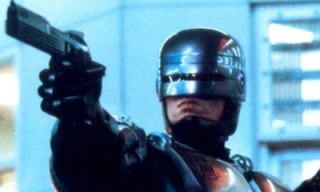