The Muppets Sequel To Be A “Caper”

Check out the great new details on the sequel to Disney’s The Muppets!

The Muppets was one of the best movies of the year, hands down. We’ve already reported that a sequel will be happening, but we didn’t know anything about it until now. We know that Jason Segel will not be back in a major way. We also know that the film will be written/ Directed by James Bobin and Nick Stoller.

Thankfully, the guys over at Collider were smart enough to grill Stoller on The Muppets when they sat down with him recently for the ‘Five Year Engagement’ Junket.

The resulting info comes from their interview:

– The Muppet Sequel is going to be a comedy caper.
– Disney really wants the sequel and they want it as soon as possible. Stoller says Disney wants to release it summer 2013 but he doesn’t think that’s realistic.
– Jason Segel might cameo.
– The sequel will introduce new Muppets.
– Bobin and Stoller started writing the script last week. They wrote 13 pages after outlining the entire movie over the past few weeks.

Honestly, The Great Muppet Caper was not my favorite Muppet film. With that said, The Muppets was my second favorite (next to The Muppet Movie). With that in mind, I’ve got my fingers firmly crossed that they can make lightning strike twice. 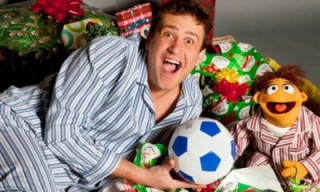