Check out some of the awesome, Retro-style aliens that Rick Baker has created for MIB3

When creating the aliens for Men In Black 3, Rick Baker wanted to take things to a new level compared to the previous films. That could be part of the reason that he designed almost 130 different creatures. While not all of them made it onto the screen, the ones that did are pretty damned spectacular. They are also a lot different stylistically than the other movies. Here’s what Baker had to say about why:

”When I saw the ’60s part, I said, ‘I think we should do retro-looking aliens based on a lot of the aliens that were in films from the ’50s and ’60s that I love,”’ says makeup artist Rick Baker. ”It was actually an idea I’d tried to push in the first two movies and they didn’t go for it, but I figured with the time travel it would be perfect.” 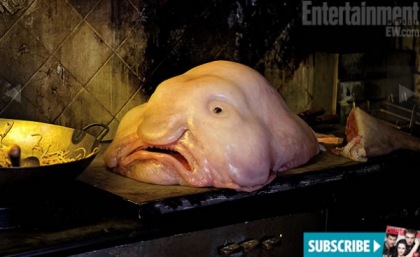 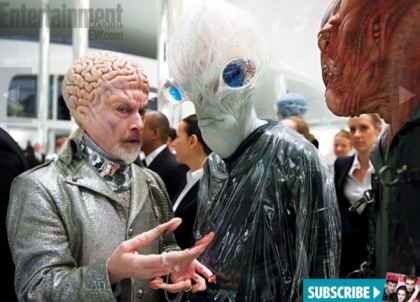 Official Synopsis:
In Men in Black 3, Agents J (Will Smith) and K (Tommy Lee Jones) are back… in time. J has seen some inexplicable things in his 15 years with the Men in Black, but nothing, not even aliens, perplexes him as much as his wry, reticent partner. But when K’s life and the fate of the planet are put at stake, Agent J will have to travel back in time to put things right. J discovers that there are secrets to the universe that K never told him — secrets that will reveal themselves as he teams up with the young Agent K (Josh Brolin) to save his partner, the agency, and the future of humankind.