Sony is pushing hard to bang out as many Spider-Verse films as they can right now.

Sony is pushing hard to bang out as many Spider-Verse films as they can right now. Along with Venom, Into the Spider-Verse and Silver & Black, there are reports that we are also potentially looking at a spin-off film based around the Marvel hero, Nightwatch. What makes the project all the more interesting is that, according to reports, Sony is looking at Spike Lee as a possible director of the project.

If you aren’t familiar with the character, who first appeared in Web of Spider-Man in the 1990’s, here is the Wikipedia bio:

Nightwatch was Doctor Kevin Trench, who witnessed a costumed man die battling some terrorists armed with invisibility-generating ‘cloaking” devices, and unmasked the corpse to learn that it was an older version of himself. His first appearance was in Web of Spider-Man #99.

Freaking out, Trench stripped the costume from “his” body and fled to a deserted island, reasoning that if he just never wore the suit or went home, he wouldn’t die.[1] Events conspired to bring him back, as the criminal Alfredo stole one of the costume gloves after washing up on the island and being nursed to health by Trench.[2] After Alfredo had been dealt with, Trench decided that he couldn’t avoid his destiny, and decided to investigate the costume’s origins.[1] 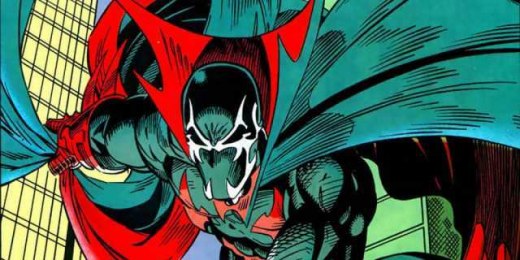