An interesting rumor has been started originating from IMBD in which “Star Trek” actor Anton Yelchin is rumored to play Harry Osborn in Marc Webb’s upcoming “Spider-Man” reboot. Although no official confirmation has been made, what we do know is that Yelchin has auditioned for the role of Spider-Man. A part which officially went to newcomer Andrew Garfield.

With Comic-Con a week away, I’m sure we’ll know whether to believe this rumor or not very soon. In the meantime, all I can say is that signing Yelchin to play Osborn would be a smart move. He’s one of those up and coming stars that isn’t as well known, but will be very soon. He was great in “Star Trek” (so-so in Terminator) and he even looks the part of Harry with the Brillo/curly head. 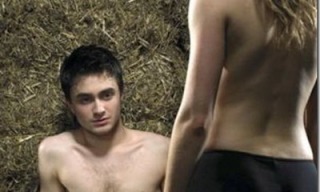