There’s a lot of spoiler info here. Click at your own peril!

There’s a lot of news popping around the net today around Star Wars Episode VII. Of course, none of it is actually provable, but most of it is coming from pretty reliable sources. Some of this info is pretty spoilery, so we’ll start with the least groundbreaking and work our way down to mind shattering. That way, you can always pull back if you want to be surprised.

FIRST – Storm Troopers!
The 501st Legion has unveiled the first photos of the new Stormtrooper hemets via Twitter. They’ve go a more streamlined look to them and I have to say, they are looking pretty awesome!

First glimpse of the @starwars #EpisodeVII Stormtrooper & Snowtrooper (via @IndieRevolver)! The future of the #501st! pic.twitter.com/Zycnl5Q4P2

Here's another look at the new Stormtrooper helmet from @starwars #EpisodeVII pic.twitter.com/7DTEoUC6Hn

SECOND – Han Solo!
With Harrison Ford back up and around again, and filming set to resume later this month, some concept art of Han Solo’s costumes in the new film have popped up. Check them out below: 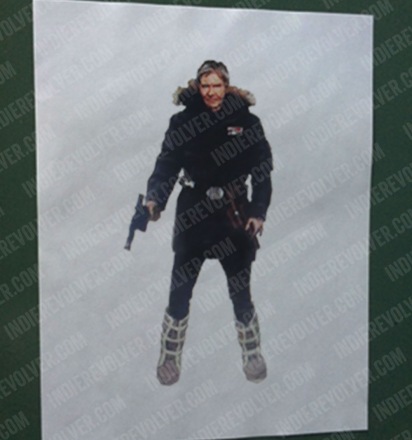 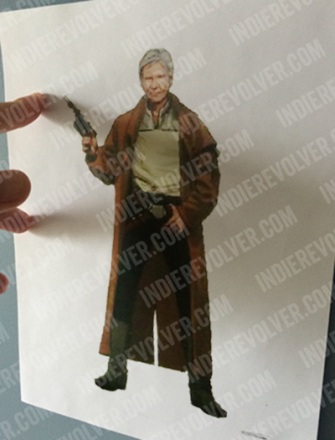 THIRD – Star Wars Episode VII Bad Guys!
We’ve been waiting for this for a while. Here’s what we now now. Darth Vader will be returning in a flashback scene in which Carrie Fisher’s real life daughter, Billie Lourd, will be playing a younger Princess Leia going up against him.

That’s not all! Remember that hand that JJ Abrams showed off the other day on his Force For Change tweets? Well, according to several sources, he is the Main Inquisitor – You know, the big bad from the upcoming Star Wars Rebels cartoon? Here’s what Badass Digest said about it:
“He wears a black robe. His eyes are deep red. And half of his face is metal. He’s a cyborg. That was his hand in the picture JJ Abrams shared with the note about A Force For Change.”

EVERYTHING ELSE:
Here are some more tidbits from Badass Digest that will make you wish it was already 2016:
“According to my sources Han and Chewie are piloting a Super Star Destroyer. I wasn’t 100% sure on this, but the image of Han with Imperial rank sells me.”