Not a huge surprise, but still a spoiler if you haven’t figured it out yet.

This is not a huge surprise, but still a spoiler if you haven’t figured it out yet. Throughout the whole first season of Star Wars Rebels (a truly great show if you haven’t seen it yet), there’s been talk of the leader of the resistance, Fulcrum. There’s been no real clues as to who or what Fulcrum may be, but Clone Wars fans have been guessing and hoping that one very special character would be revealed.

It looks like we are getting very close to seeing none other than the Padawan who left the Jedi Order, Ahsoka Tano make an appearance in Rebels as Fulcrum! Where does the news come from? From none other than the actress who voiced the French version of Clone Wars.

Olivia Luccioni is a very busy actress including doing the French voice acting for Ahsoka Tano on The Clone Wars from 2008-2012. She also happens to have a very up to date official website. On her website she also has an up to date CV which lists all of her acting roles in various mediums. Under the “Television (Series)” section of her CV she lists a role as, “2014 : Star Wars Rebel : Asokha Tano déguisée en Fulkrum – Série Animée.” 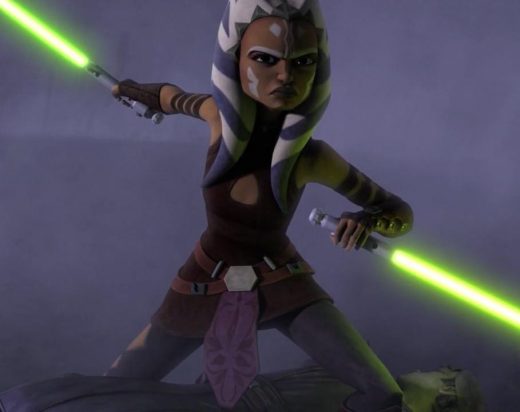