You can cross the Ezra Bridger fan theory off your list.

Yesterday, we got a chance to see the amazing covers that Annie Leibovitz did for her Star Wars photo shoot in Vanity Fair. Today, we’ve got the complete photo shoot (That post will be up shortly after this one), but the big news coming out of it is that we are not only getting our first look at the mystery characters set to be played by Laura Dern and Benicio Del Toro, but we are also finding out their names! Laura Dern will be playing Vice Admiral Holdo, while Del Toro will be playing a character named “DJ” – killing fan hopes that he would possibly be playing an older Ezra Bridger. 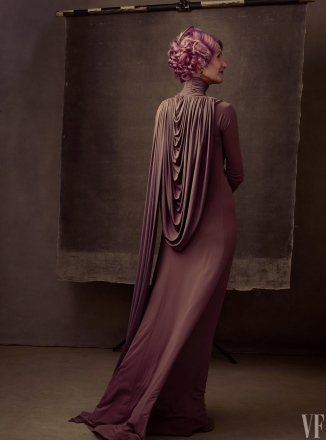 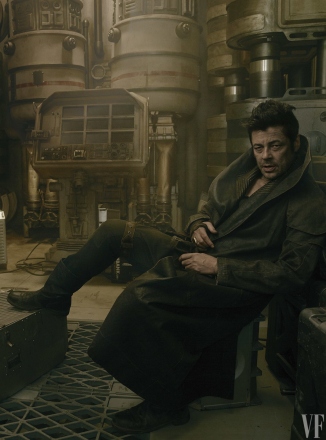 Among Johnson’s inventions for The Last Jedi are three significant new figures: a “shady character” of unclear allegiances, played by Benicio Del Toro, who goes unnamed in the film but is called DJ by the filmmakers (“You’ll see—there’s a reason why we call him DJ,” Johnson said); a prominent officer in the Resistance named Vice Admiral Holdo, played by Laura Dern; and a maintenance worker for the Resistance named Rose Tico, who is played by a young actress named Kelly Marie Tran (and who is the sister of Paige, the character I witnessed in the scene with Poe Dameron). Tran’s is the largest new part, and her plotline involves a mission behind enemy lines with Boyega’s Finn, the stormtrooper turned Resistance warrior.

Also revealed in the photo shoot are some of the characters that we’ll see on the Monte Carlo style planet, Canto Bight. This will be the main destination in the film for Fin and Rose. Think of it as a giant version of the Cantina, but for the super wealthy.