While the ball dropped and we ushered in a new year, Netflix was busy dropping something of their own, a new poster and teaser for the upcoming season of Stranger Things. We now know that the new season is going to released on July 4, 2019. That’s honestly about all that we learned. There isn’t any new footage, just a clip from an old ‘Dick Clark’s Rockin New Year’s Eve’ along with a test pattern that slowly flips to let you know that the upside down is going to be a big deal.

Along with the teaser, however, is a new poster that is both cool and oddly unsettling. I’ve been looking at it for a while and I’m not quite sure what it is. Maybe it’s the way the kids are looking back at you. Maybe it’s the saturation of the colors. I’m not sure. It just gives me the willies. 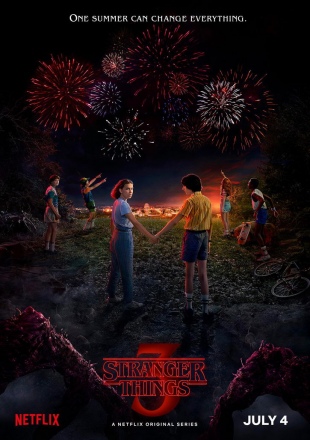