There’s been a lot of buzz, both good and bad, about Joker’s tattoos in the upcoming Suicide Squad film. Personally, I kind of like them. They fit a modern version of the character. I’d expect an anarchist/ psycho to have some ink. Still, others are against it and there are even some rumors that a lot of it won’t make it to the screen.

Then we have this newly leaked image that shows him in full ink, with Harley Quinn giving him a “Puddin” tramp stamp. On a side note, thank God, that’s her nickname for him, otherwise, the placement of the word pudding would be pretty disgusting! 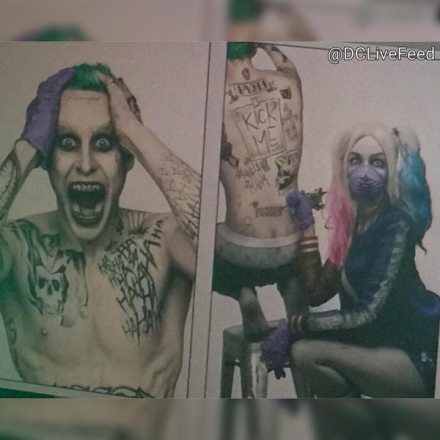