In case you missed the season premier of America’s Got Talent, here’s the super kick-ass four minute preview of Amazing Spider-Man that aired with it.

Wow. I know that a lot of people loved the last Spider-Man Movies. I did not. I actually fell asleep in the first one. When they first announced that the whiny guy from The Social Network was taking over the role… I was less than impressed. Bit by bit the previous trailers have been chipping away at my apathy. I’m still not in love with how The Lizard looks, but I’m now officially sold on Andrew Garfield as Peter Parker.

The opening scene in the four minute trailer that we’ve got for you blows away any thing that Tobey Maguire did for the role.

Along with Garfield, the movie also stars Emma Stone, Denis Leary, Martin Sheen, and Sally Field. The Amazing Spider-Man is directed by Marc Webb and is set for a July 3 release. 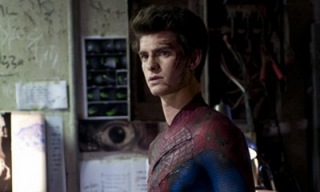