The Dark Knight Rises Will Feature Over One Hour Of IMAX Footage!

Get ready for the most IMAX footage you’ve ever seen in any movie… ever!

When fans got their first glimpses of Christopher Nolan’s use of IMAX technology in The Dark Knight they were wowed by it. Now it has just been announced that there will be a lot more to be wowed about in his final Batman film, The Dark Knight Rises because over an hour of the film has been shot in glorious, 65mm. In fact, there’s so much of it in the film that this will be the longest amount of IMAX footage in a major film to date. 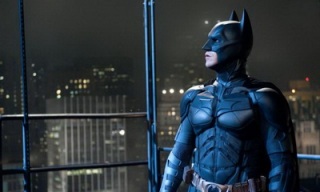 Official Synopsis:
Eight years after the death of District Attorney Harvey (“Two-Face”) Dent, and the Joker’s catastrophic scheme. Gotham was left in near shambles after Batman accepted full responsibility of the murders committed by Dent, prompting the citizens and police force of Gotham to condemn and capture the Batman. However, in the years following the Caped Crusader’s absence, Gotham City is experiencing a time of peace thanks to Harvey Dent’s inspiration and reputation. In the midst of Gotham, a new threat has risen and plans to destroy and exploit Gotham and taint the good name of Harvey Dent’s memory. As a warning, Selina Kyle warns Bruce Wayne of this threat as she takes on her alter-ego called, Catwoman and waits for the Batman to return. As the police force is in escalation and has failed on capturing this new terrorist, they too seek that Batman must return to stop him. Bruce Wayne must once again take on the guise of the Batman as he confronts his most powerful and dangerous new adversary: the enigmatic, brutally strong, and equally intelligent, Bane