While just about every review of Marvel’s The Avengers has been positive, The New York Times didn’t love it. I read their review and it isn’t completely negative. It is however condescending and written by someone who is not seemingly a fan of the Genre. Just the fact that he’s referencing the classic British spy series “The Avengers” makes me feel like he might not have entered into the film with a completely open mind.

The crowning statement from his review was probably the following:
“The Avengersis hardly worth raging about, its failures are significant and dispiriting.”

With that said, everyone is entitled to their opinion… but you might want to watch your words if that opinion has a chance of pissing off Samuel L. Jackson.

@SamuelLJackson
#Avengers fans,NY Times critic AO Scott needs a new job! Let’s help him find one! One he can ACTUALLY do!

This led some people to support him and others to defend the critic. Jackson actually continued engaging fans in the debate for a while, showing that he actually does all his own tweeting… but maybe he shouldn’t.

The most contentious moment probably happened when @fadedyouthblog stepped into the Fray:

@FadedYouthBlog
@SamuelLJackson dude, you fucking suck in movies. You play the same guy in every movie. Not everyone is gonna like you. #BeHumble 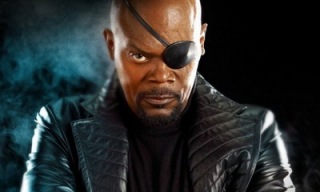