There was no lack of zombie movie news this week. While many complain that Hollywood is giving us too many remakes or re-imaginings, sometimes they can be good.

There was no lack of zombie movie news this week. While many complain that Hollywood is giving us too many remakes or re-imaginings, sometimes they can be good. I mean, if you were to find out that Sam Raimi wanted to re-film his cult classic, The Evil Dead, would you really not want to see it? I thought so. While I’m not as excited about a remake of Pet Cemetery, I would definitely see that too. 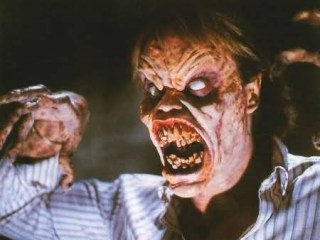 If you’re looking for something a little more fresh, After Dark Films will soon be bringing us Re-Kill. The film takes place five years after a zombie outbreak. We follow a team whose job it is to exterminate the reanimated. While this may seem hopeful, we begin to see signs of a second outbreak.

Penn Jillette and Adam Savage are starring in Night of the Little Dead as a couple of big city boys who decide to do some dynamite fishing. But when an ill-placed explosion awakens a small-town’s buried secret, cadaverous little monsters begin to take over.

While we’re on the subject of movies, it’s worth mentioning that artist, Matt Busch, unveiled series three of his Hollywood is Dead movie poster reanimations. This time, he is honoring Valentines Day by bringing us some “date movie” images.

As if there couldn’t be a better way for us to transition from movies to games, how about some information about a game being turned into a movie? No, it’s not another Resident Evil. How about Zombies At My Neighbors? All we know so far is that there exists a screenplay written by John Darko and the film is searching for financiers. 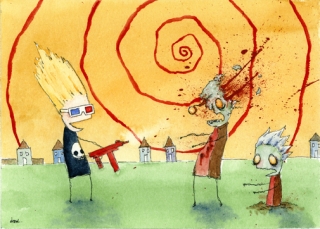 While not exactly zombie video game news, we did find a zombie Yoshi. Artist Kody Koala took his love of video games, zombies, and vinyl toys and created an amazing looking undead Yoshi. And if you think Yoshi looks good, check out poor Toad being eaten alive by Princess Peach! 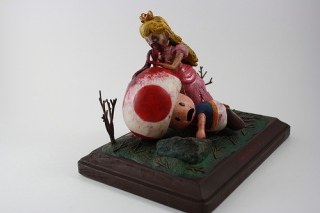 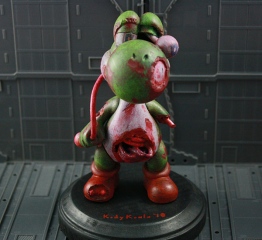 Marvel vs Capcom 3 was just released. While it isn’t exactly chock full of zombies, it does star some familiar faces from the Resident Evil franchise. For a full game review, including the zombie content, make sure to visit Zombies & Toys.

Finally, we will leave you this week with a review of the book, Pride and Prejudice and Zombies. We have been hearing news about the movie for months. Now is your chance to hear a zombie fan’s perspective on the book.