This past week gave us no lack of zombie game news with Dead Island at the top of the list.

This past week gave us no lack of zombie game news with Dead Island at the top of the list. Zombies & Toys originally brought you news of this game last July with some screen shots and some impressive details. Now, we are treated to an amazing trailer that only leaves us wanting more. The go anywhere, do anything “sandbox” game should finally see the light of day this year. Taking place on an island vacation spot, you are left to battle the undead by any means necessary. Since the game is going for realism, you will not find an abundance of firepower. After all, this is a holiday resort. Instead, you use crowbars and wits to battle your way through the hordes of attacking zombies. The character models are said to be created using layers to add some additional, gory details. So, when you are cracking away at the attacking zombie, you will be treated to realistic degrees of damage based on where and how often you hit him. We also learned that you can change into a zombie yourself temporarily though, we do not yet know how this affects gameplay. 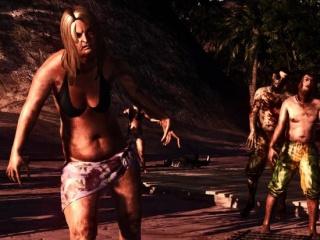 While not full of zombies, Marvel vs Capcom 3 does feature some familiar faces from the Resident Evil franchise. Make sure to check out our full review which includes a special “zombie factor” section. Now if only we could play as a zombie!

For those who enjoyed seeing the zombie Yoshi last week you will be happy to know that zombie Luigi made an appearance this week. The pictures are great to see but you will be sad to know that the Ebay auction has already ended with the winning bid reaching $61. Kody Koala enjoys mixing his love of toys, zombies, and video games with his creations. You can find more great examples of this on his website. My personal favorite? Zombie Toad gnawing on the princess. Priceless! 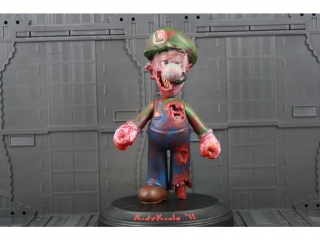 How can we talk zombie games without mentioning Plants vs Zombies? There’s a reason why this game is so popular and you’re missing out if you haven’t played it yet. If you’re not playing because you hate video games, you will be happy to know it will soon be a board game. The trend a few years back was taking all of our favorite board games and digitizing them. Now, it seems as if the trend is reversing. Angry Birds has already been announced as an upcoming physical game and now we have Plants vs Zombies to look forward to. 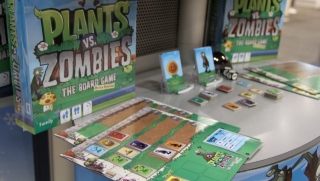 By now you have heard of Seth Graham-Smith’s mashing of zombies into Pride and Prejudice. If you have been holding out, we featured a review of his popular book, Pride and Prejudice and Zombies. The third installment will be available soon and the movie is still in the pipeline with names such as Natalie Portman and Scarlett Johannson tossed around for the lead. Another featured book this week was Memento Mori, a book consisting entirely of various skull illustrations. Make sure to read our review and interview with the author, William Lebeda. Then, enter our contest to win your own copy!

We also featured an interview with the director of The Italian Zombie Movie parts 1 & 2, Thomas Berdinski. If you like cheap thrills and low budgets with your zombie films, this is the movie for you! 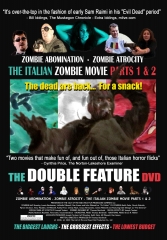 This week we will leave you with the latest spokeszombie for Starburst candies: