Welcome back to our weekly recap of undead news. Before we dive in, remember to enter the contests we have running this month at Zombies & Toys. We’re giving away some toys, CDs, stickers, and clothing accessories this month. You can enter them all, but can only enter each once. We have also been featuring a zombie-a-day with art provided by Jerry Fleming. 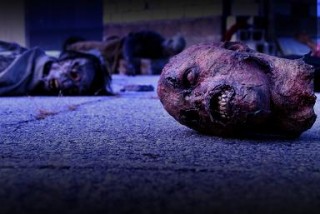 With Halloween two weeks away, many of you have no doubt been researching which haunted house attractions you are going to visit. Well, you can look no further. The Atlanta Zombie Attraction has everything we need… zombies! Specifically, it’s 100,000 square feet of zombie attack simulator madness. The attraction contains an abandoned hotel, truck stop, and restaurants. Visitors are led through it all by a military survivor as you try to survive until the end. There’s even a zombie shooting course where you fight back with paintballs. 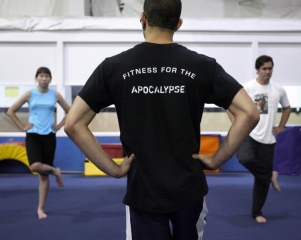 To help you prepare for the haunted house tour, or even the inevitable zombie apocalypse, we also discovered a new exercise class. ZombieFit in St. Charles, IL is taking steps to help us all get in shape for survival. According to ZombieFit instructors, the keys to survival are simple: “Be able to lift and throw heavy things, run fast and for long distances, and be able to navigate obstacles and urban environments in an efficient manner.”

I’m fond of saying that zombies can make anything better. But exercise? Unless they add real zombies, I still think it’s going to suck.

If you are sadistic enough to take a post-apocalyptic exercise course, I suggest relaxing afterward to a nice web comic. The Zombie Hunters should be that comic. Providing us with a unique twist on the zombie genre, we follow a society living in a world where the zombie virus may lie dormant in hosts. In this story, some may be infected with a dormant strain of the virus. These carriers can pass along the virus to other survivors through their bodily fluids. If a carrier dies, they will reanimate becoming a zombie. But until that moment, they are still a part of society. Or what’s left of it.

Humanity now resides on an artificial island and home of a scientific research facility. The carriers are a part of this society but are extremely segregated. Infected are marked with arm bands and their freedoms are limited restricting them to the barracks on the island. Some of the infected enlist to become part of salvage teams who travel into the cities for supplies. Hence, The Zombie Hunters. 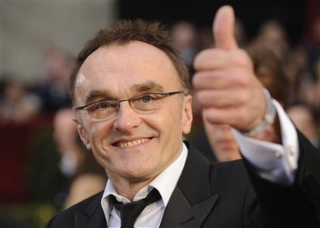 While there is not much of a story involved, Danny Boyle told zombie fans what we’ve wanted to hear. That he is interested in writing and directing another sequel to the hit 28 Days Later. Who knows when we’ll see 28 Months Later, though. 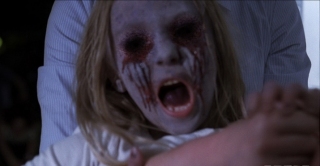 We had our first glimpse at a very different zombie movie this week. Fading of the Cries stars Brad Dourif as a necromancer who can summon thousands of dead to do his bidding. The story follows our hero and his magical sword as he protects a young lady who seems to be the target of Dourif’s character, Mathias. I am excited to announce that Zombies & Toys had the opportunity to speak with writer/director, Brian Metcalf. Expect to hear what Brian had to say as well as some insights about the movie in an upcoming post.

We also featured a full review of Capcom’s latest zombie game, Dead Rising 2. While I haven’t been able to play it myself, one of our writers had quite a bit to share. David was able to provide us with a pleasant review of the limited Zombrex edition last week. Now you can find out if the game is as good as the box it comes in.

Make sure to swing by Zombies & Toys throughout the week to catch the news that is not mentioned here. Besides, can you really wait a full week to get your fill of zombies?