Check out YBMW’s Hottest new weekly feature. This week in Zombie News is everything you need to know about the walking dead, the brain hungry and the eternally soulless.

Welcome to YouBentMyWookie’s first weekly zombie news recap! I will be your host and hope to become an integral part of your quest for zombie related happenings. Aside from being a self-admitted geek and avid toy collector, I am also a huge zombie fan. My introduction to zombies began at an early age, too early to be honest. I was around seven when I first watched George Romero’s Dawn of the Dead. That movie and the zombies contained within were all I could think about. I would ponder what I would do if I caught news of the dead attacking. I would sit on my front porch late at night and imagine what it would be like if they were shambling up the street. And zombie dreams were a regular and common theme for nearly 30 years after.

So what does a toy collecting geek who loves zombies do? He starts a zombie news blog and opens a zombie toy store! You see, what you will find here on Wookie will be some of the abridged, news-flash stories and tidbits that you will find on my own site, Zombies & Toys. In addition to zombie related news, reviews, contests, and guests you will also find the Zombie Toy Store. But enough about me, let’s get to news… 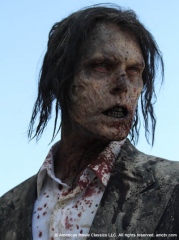 Top on my list is all of the recent updates regarding AMC’s television series, The Walking Dead. Based on the comic series by Robert Kirkman, TWD is mandatory reading for fans of the zombie genre. Frank Darabont, who is heading the adaptation, has much to live up to and so far I do not think we will be disappointed. In a recent interview, Darabont informed us that the zombies will hold true to those found in the book and he will use Romero’s Night of the Living Dead for inspiration. “I’m keying our zombie behavior off of that film: Whether they’re in a very languid state or they’re on the attack, they’ll move no faster than that first zombie in Night of the Living Dead.” Even more exciting, however, are the photos of the zombies that were released. 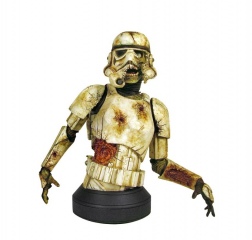 Remember when I mentioned that I was a geek who enjoyed collecting toys? Well, that high-pitched scream you may have heard last Friday was me squeeling like a little girl when Gentle Giant Collectibles revealed their Death Trooper mini bust. Based on the Star Wars novel by the same name, it combines two of the greatest things known to man: zombies and the Star Wars universe. Does it get any better than a bust of an undead Storm Trooper? Oh, yeah, these will be available in the Zombie Toy Store.

In game news, Housemarque is polishing a dual-stick shooter that will be exclusive to the Sony Playstation 3. While a specific release date has yet to be revealed, Dead Nation is rumored to be available sometime this fall. 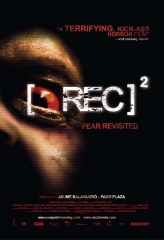 Finally, a new zombie film is available on Video On Demand and Xbox Live. [REC]2 is the sequel to… wait for it… [REC]. In fact, it takes place 15 minutes after the first one ends. [REC]2 will see a theatrical release in July. [REC] actually had an American remake starring Jennifer Carpenter. While Quarantine may be better known, it is nowhere near as good a film as the original. You don’t need to see [REC] to enjoy the sequel but it helps. Head over to Zombies & Toys for a review of [REC]2.

If you have any zombie news you would like to report, you can Jason directly at zombiesandtoys[a..t]gmail.com. So, make sure to stop by next week and remember to keep your head and shoot theirs!

One thought on “This Week In Zombie News”