Check out three Spider-man clips that were released through the backs of packaging on select Keebler packages.

Thanks to the magic of smart phones, Kelloggs has provided hungry fans of Amazing Spider-Man. All they had to do was point their phones at the Spider-Man on select packages of Keebler and Kellogg’s products and they’d get to see one of the three clips that we’ve got below.

Official synopsis:
Like most teenagers his age, Peter is trying to figure out who he is and how he got to be the person he is today. In his journey to put the pieces of his past together he uncovers a secret his father held…a secret that will ultimately shape his destiny as Spider-Man. This is the first in a series of movies that tells a different side of the Peter Parker story. On July 3rd, 2012, the untold story begins. 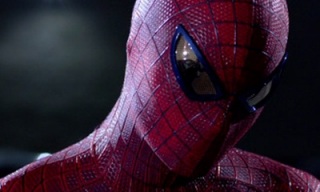 One thought on “Three New Clips From ‘Amazing Spider-Man’”