Timur Bekmambetov Promises That ‘Wanted 2’ Will Have a “Great Twist”

Just what we need… another director who comes on to the scene with a great freshman film and then keeps promising a “Twist.”

Just what we need… another director who comes on to the scene with a great freshman film and then keeps promising a “Twist.” I liked Wanted and I’d be happy to see a sequel made… if they can get past the fact that most of the cast died in the first movie. There’s been talk of a sequel for years, but now, Timur Bekmambetov is claiming that the train is back on the tracks and that it will tell the continuing story of James McAvoy‘s character, Wesley Gibson.

“An unbelievable thing happened three weeks ago,” Bekmambetov said. “Because we stopped, we didn’t know what to do for three or four years. Three weeks ago I came up with a great idea and I pitched this idea and everybody fell in love with it. And now I think we’re on track. Right now the writer is working on the script, and it will be shocking.” Said Bekmambetov. “The story is the same character, same mythology, but it’s got a great twist.” 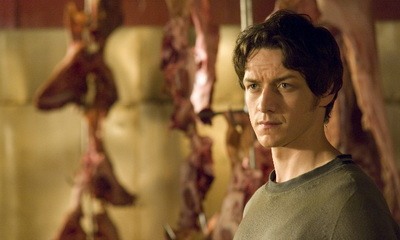