While The BBC has been really good about sending episodes of Doctor Who over to the US at the same time that it is aired in the UK, they still make us wait for most everything else. This past weekend, a new series based on Alexander Dumas’ The Three Musketeers premiered and it was not only really well received by fans and critics, but it also beat the return of the popular series, Mr. Selfridge, which stars Entourage’s (and PCU) Jeremy Piven by over 2 million viewers.

Why do we care? Well, the series, which goes by the shortened monicker “The Musketeers” is coming to BBC America later this year and it has a cast that includes: Luke Pasqualiano, Santiago Cabrera, Tom Burke, Howard Charles, Hugo Speer, and the new Doctor, Peter Capaldi, as the shadowy Cardinal Richelieu. It will be great watching Capaldi as a baddie before we dive headlong into cheering him on in the next season of Doctor Who. 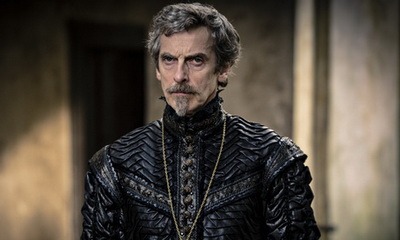