Cypress Moon Studios has announced that “True Blood” star Lindsay Pulsipher will replace Hilary Duff in “The Story of Bonnie and Clyde.”

Cypress Moon Studios has announced that “True Blood” star Lindsay Pulsipher will replace Hilary Duff in “The Story of Bonnie and Clyde.”

Pulsipher is best known for her role as Crystal Norris on HBO’s Vampire drama “True Blood.” I think she makes a better fit for this role than Duff, and I am glad to see that she has been cast as a replacement. She even has that tough girl kinda crazy look down pat.

Despite rumors, Duff was not fried from the film in August because she became pregnant. Producers Holly and Tom Rogers deny these allegations and insist it had more to do with scheduling issues. THR reports that Duff was unavailable until June and the studio had planned to begin production later this year.

Meanwhile, opposite to Duff, Kevin Zegers, who was going to play Clyde Barrow, has also left the project due to scheduling conflict.

I guess the question remains, now that we have a new Bonnie, who would you want to see as Clyde? 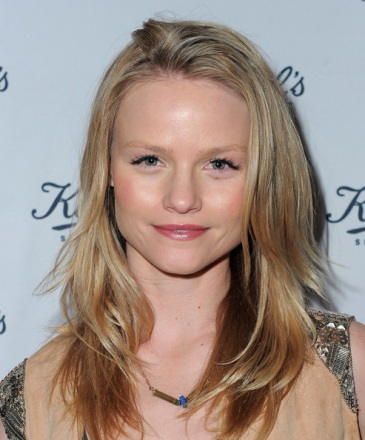