According to a new release that included the new posters, the show will launch on ABC on September 29th.

If you’ve been reading this site for any amount of time, you know that the general vibe around here regarding Marvel’s Inhumans series is…. skeptical, to say the least. The feelings didn’t get any better when the first cast photo was released and revealed that Blackbolt would not be wearing his trademark mask and Medusa looked like a Bad cosplay that Yaya Han would have thrown in the trash.

The Inhumans thread of the MCU is really nothing more than Marvel and Disney wanting some of that sweet, sweet mutant money that Fox isn’t going to give them access to (unlike Sony, which came to its senses in the Spider-Man: Homecoming Deal), but they’ve yet to find their way as of yet. The studio is so highly invested pushing forward the brand that they are launching it in Imax theaters before moving it to ABC. Today, we found out when people interested in the show, but not so much that they’ll shell out IMAX prices will be able to see it. According to a new release that included the new posters, the show will launch on ABC on September 29th. 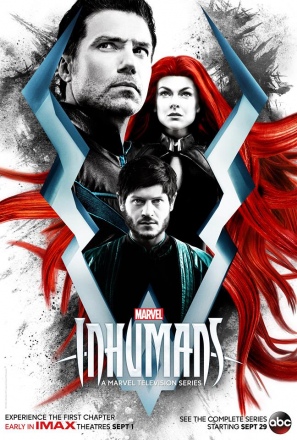 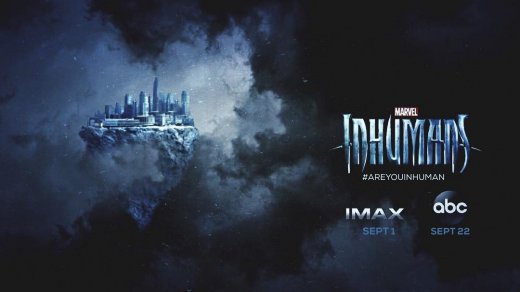 “Marvel’s Inhumans” explores the never-before-told epic adventure of the royal family including Black Bolt, the enigmatic, commanding King of the Inhumans, with a voice so powerful that the slightest whisper can destroy a city. After the Royal Family of Inhumans is splintered by a military coup, they barely escape to Hawaii where they are greeted with surprising interactions with the lush world and humanity around them. Now they must find a way to reunite with each other and return to their home before their way of life is destroyed forever.
“Marvel’s Inhumans” stars Anson Mount as Black Bolt, Iwan Rheon as Maximus, Serinda Swan as Medusa, Eme Ikwuakor as Gorgon, Isabelle Cornish as Crystal, Ken Leung as Karnak, Ellen Woglom as an undisclosed character, Sonya Balmores as Auran and Mike Moh as Triton.