We’re back after a holiday break and I hope everyone’s Christmas and New Year was as enjoyable as mine. Let’s not waste any time and have a look at what zombie news transpired during our hiatus!

We’re back after a holiday break and I hope everyone’s Christmas and New Year was as enjoyable as mine. Let’s not waste any time and have a look at what zombie news transpired during our hiatus! 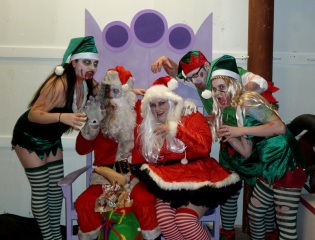 Of course, nothing screams “Happy Holidays” like an undead Santa Claus. Residents near Monroeville, PA had the opportunity to have their pictures taken with Zombie Santa. To make it better, the event was held at the infamous Monroeville Mall where Romero’s original Dawn of the Dead was filmed.

If the thought of Zombie Santa leaves you uneasy, you can view A Very Zombie Holiday and learn how to protect yourself. 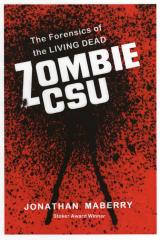 Featured reviews consisted of the book Zombie CSU: The Forensics of the Living Dead and movie Ghost Lake. 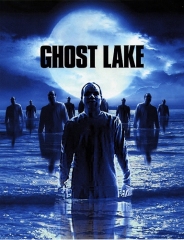 In movie news, we learned about an upcoming zombie comedy filming in Cuba. Juan of the Dead sounds silly, it looks silly, and the plot is… you guessed it… silly. But, it actually sounds like it may be an entertaining film. I guess we’ll have to wait and see. 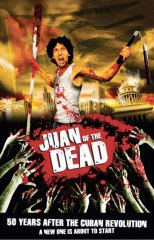 In other movie news, we learned of a different type of zombie film based on the short story by Hugo Award winning author, Will McIntosh. “Followed” tells the tale of a socially responsible professor and how his perfect world is threatened by the appearance of a tag-along zombie child. This is one we will have to keep an eye on as well. 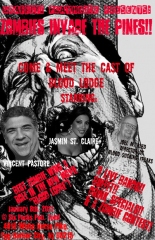 Wrapping up movie news is another bizarre tale… Paramount pictures have acquired rights to Boy Scouts vs. Zombies, a Black List script by Carrie Evans and Emi Mochizuki. The two are known graduates of the Disney Writing Program and are known for their scripting of College Road Trip. According to sources, the script is in the vein of Goonies and entails a local Boy Scout troop trying to save a local Girl Scout troop from a zombie outbreak.

George Dvorsky, Director of Operations for Commune Media, an advertising firm that specializes in marketing science and producer of the Sentient Development explained how we can engineer a zombie virus. In the article he looks at a number of things associated with a potential zombie virus including insects and diseases that are zombie-like and found in nature. He then goes on to explain how we could create a zombie virus and if we should worry. 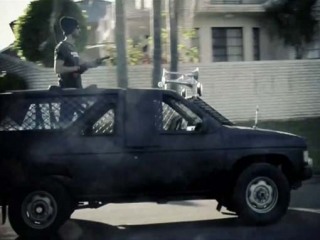 Amongst the other news over the past few weeks, we learned how to zombie-proof your vehicle, 10 ways to protect your home from zombies, and watched a music video featuring zombies attacking sentient, life-sized stuffed animals that bleed milk. Is there a better way to end this week’s zombie news?