Get all the details on the ultimate Harry Potter collection after the jump and learn how to pre-order it for only $350! (Regular Price is $500).

The Harry Potter saga is finally complete, so it is time for the studios to put out their massive collectible version of the film series so that fans can empty their wallets and cherish this Blu-Ray and DVD set… until the next version comes out in 5 years. This numbered edition set can be pre-ordered for only $350! That is a steal considering that the retail price when it comes out will be $500. It sounds like a lot, but it only comes out to around $12 dollars a disc. Also, consider all the stuff that comes with it (listed below) and the very cool packaging for it and it is not a bad deal at all. 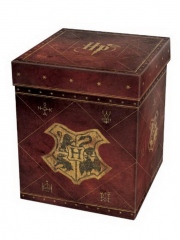 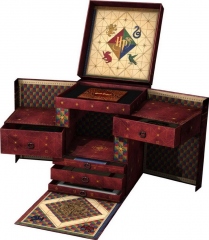 Here’s the Canadian Amazon Description:
Contains 31 discs, inclusive of all content ever previously released, in addition to over 5 hours of never before seen special features, in a limited and numbered edition.

One thought on “Ultimate Harry Potter Collection To Feature 31 Discs And 5 Hours Of Never Seen Footage!”