TV studios pull out all the stops to get an extra vote when it comes to the Emmys. Warner Bros released their latest social media campaign and it gives people the chance to get a bunch of great WB themed “Keep Calm and Carry On” style iPhone Skins.

These posters will also star appearing in print ads for Emmy Consideration by the studio, but the real hope is that you download them and put the skins on your phone where they can worm their way into your brain.

Below are most of the posters, but Deadline Hollywood says that there is actually a “Keep Calm and Bazinga” skin out there for the “Tech savvy.” 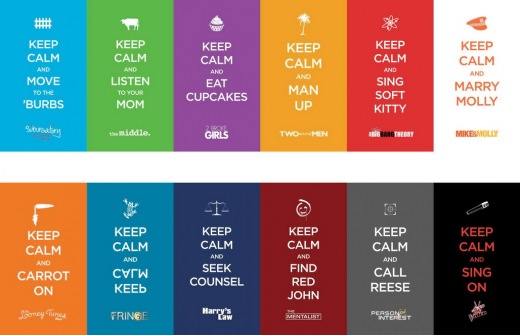