Catch up on all five clips released so far for MIB 3!

Some of this is stuff that we didn’t have a chance to post yesterday and some of it was just released overnight. Between the two sets, there have now been five clips released for MIB3. As you know by now, the new film sends Will Smith (Agent J) back in time to solve a crisis with the younger version of his partner K (Tommy Lee Jones/ Josh Brolin). The film is set to hit theaters on May 25th. I’ve posted the clips newest on top down to the oldest.

Men in Black 3 – “Who Are You?” Exclusive ClipEntertainment, Metacafe Exclusive 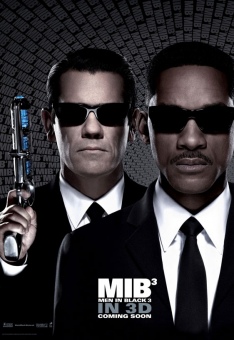 Official Synopsis:
Agent J travels in time to MIB’s early years in the 1960s, to stop an alien from assassinating his friend Agent K and changing history.