It looks like Jessica Chastain will probably be joining the Iron Man 3 cast. Get the details after the jump.

The Avengers is set to hit theaters in ten days and then just two weeks later, Iron Man 3 will begin filming. We’ve already announced that the film will loosely follow the Extremis story line and that Ben Kingsley will be playing the big bad.

Now we have word that it looks like Jessica Chastain will be joining the cast as “A sexy scientist who rivals Tony Stark in intelligence.”

This isn’t the first time that her name has come up for the role, but it was as part of a group that included: Diane Kruger, Isla Fisher and Gemma Arterton for the role. Now it looks like the red head has risen to the top. With that said, there’s a solid chance that she won’t actually be a Ginger in the film. If she is playing who we think, she’ll be the raven-haired Maya Hansen. 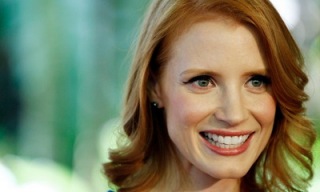