Finally, a show to fill the void on the CW left by the end of Smallville!

I still think it is pretty weird that WB is launching a whole different Green Arrow series after doing such a good job to establish the character within the Smallville universe. I had always thought/ hoped that if a Green Arrow Spin-off came it would be a continuation and not a complete reboot. Still, word is that the pilot for the new series is pretty great… and that explains why WB has signed the show up for a full season order.

Stephen Amell is starring as Oliver Queen/ Green Arrow and the story takes place five years after Ollie has disappeared and is thought dead. During his absence, he’s trapped on an island where he learns his way around a bow. 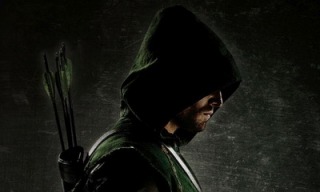