Whedon Teases Exit From Marvel, Creation of His Own Universe

” It’s been way too long since I created a universe. The last thing I did before The Avengers was [directing an episode of] Glee.”

Joss Whedon has been a god to geeks for years. More recently, he’s become one of the most popular mainstream directors due to his successful shepherding of the Marvel film universe, especially with his direction on Avengers and Avengers: Age of Ultron. Now, in a new interview with buzzfeed, Whedon is talking about leaving Marvel behind and working on his own projects again.

Here’s what he told Buzzfeed about why he’s probably (but not totally) done with Marvel:
I would never rule anything out, because I like working here. By the same token, the biggest thing for me is that I need to do something that I create myself. It’s been way too long since I created a universe. The last thing I did before The Avengers was [directing an episode of] Glee, and in between I did Much Ado About Nothing. So I haven’t created my own universe for over five years. That feels wrong. You know, my own universe might be a book of haiku. I’m not necessarily saying I’ve got a grand scheme.

He went on to say that he’d like to focus on a project with just one protagonist:
One person. Can’t stress that enough. Movie about one person — not a team, not 10, just one. But [I would] do a nice sort of hard action movie that combined all my favorite things. Something that would be the love child of Sam Fuller and Edward Gorey. You know, I’ve had many thoughts since then. Oh, I could do this! Oh, I could do that! But it is my instinct to want to tell those stories. 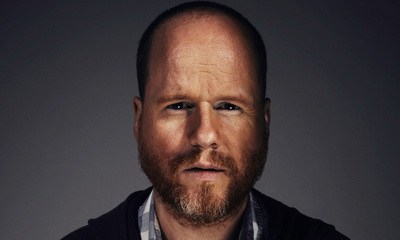