X-MEN: DAYS OF FUTURE PAST Character And Plot Spoilers

You’ve been warned… Now, on with the spoilers!

Most of this will probably be confirmed during FOX’s big panel this weekend, but in the meantime, here’s what we now pretty much know from the net.

First up, we now have pretty much 100% confirmation that Peter Dinklage is going to be playing Bolivar Trask, the creator of the Sentinel Robots that we’ve been waiting to see the X-Men Fight since the first X-Men film.

Also, it looks like Josh Helman will play a young Bill Stryker. William Stryker was huge anti-mutant asshat from X2.

Meanwhile, as far as how this story varies from the original comic by Chris Clermont, here’s what Vulture has been able to find out:

According to Vulture, Singer takes Kitty Pryde’s power but uses to send Wolverine back into the past where he’ll encounter the First Class mutants. “However,” Vulture continues, “something bad happens to Kitty during the time-travel trance, and while Wolverine is still under her spell, the other X-Men must race to find a mutant who can siphon Kitty’s powers and bring their friend back to the future. Could that be the plot development that brings Anna Paquin’s power-copying Rogue into the fold once again?” 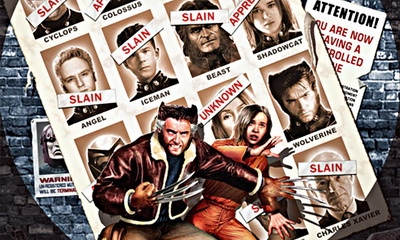