We’ve got a great new contest for you today, two lucky fans will each win CHRONICLE on DVD care of the fine folks over at Fox Home Entertainment! Enter after the jump!

We’ve got a great new contest for you today, two lucky fans will each win CHRONICLE on DVD care of the fine folks over at Fox Home Entertainment!

Three high school students make an incredible discovery, leading to their developing uncanny telekinetic powers beyond their understanding. As they learn to control their abilities and use them to their advantage, their lives start to spin out of control as their darker sides begin to take over. What starts out as fun and games quickly becomes dangerous and they must face the inevitable question of whether they can handle the responsibility that comes with their remarkable powers. 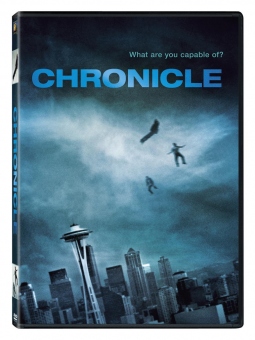 *** Here’s Your Chance For Bonus Entries

Here’s how it works:
1. You can enter once a day to win the featured prize.
3. Answer the “Question of The Day”
4. Be sure to follow us on Facebook and/or Twitter @youbentmywookie and RT: “Win ‘Chronicle’ on DVD at YBMW! http://bit.ly/KEfNwf”

Contest Question: What powers to the three teens in Chronicle develop?