In what may be the most bizarre zombie news I’ve heard in a while, a man shot at police claiming defense from zombies!

Due to some internet connection drama, I had to bail on last week’s zombie news. So get ready for a double-dose of undead goodness! 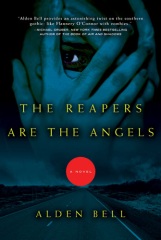 Over the course of two weeks, Zombies & Toys featured first a review of Alden Bell’s latest novel, The Reapers are the Angels. Then, we followed up with an interview with Alden Bell himself. And if that wasn’t enough, we’re also giving away several copies of the book! To enter for your chance to win a copy in addition to some other zombie goodies, email your name and address to reapers@zombiesandtoys.com. Don’t wait because the contest ends next Friday. 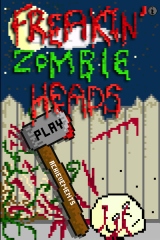 Zombie games have been back in the news. This past week saw the release of Capcom’s Dead Rising 2. ZT will be featuring some pics and a review of the exclusive Zombrex edition which may even be featured by the time you read this. We also saw the release of a free iPhone zombie game. Freakin’ Zombie Heads looks like it takes classic game play and adds our favorite undead subject. And for free? How can you go wrong?

It was also released that a Plants vs Zombies type game will be available to play in the latest World of Warcraft expansion. Cataclysm will feature “Peacebloom vs Ghouls” and even includes music from PvZ theme song creator, Laura Shigihara. 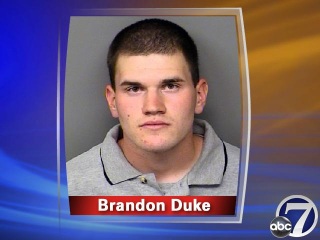 In what may be the most bizarre zombie news I’ve heard in a while, a man shot at police claiming defense from zombies! 22 year old Brandon Duke is facing charges of first-degree attempted murder, first degree assault, felony menacing, and possession of a weapon by a previous offender. Officer David Blake was trying to arrest Duke on an outstanding warrant which led to a chase. Duke told investigators he thought the officer was a zombie and shot at him as a warning because he was trying to protect himself. Blake returned fire striking Duke in the torso and arm. Duke is pleading “not guilty” by reason of insanity. 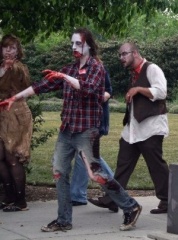 Zombies & Toys reporter, Kala Hewitt, provided readers a glimpse into the mind of a zombie walk organizer. If you live near Sioux City, make sure to take part in all of the festivities this year’s walk has to offer. Proceeds from the walk will go to Siouxland Paw Prints Rescue.

And because zombie news isn’t zombie news without the mention of The Walking Dead, check out the latest poster that was released. 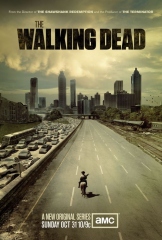 There was plenty more happening over at Zombies & Toys the past few weeks but I need to give you a reason to visit yourself! Not to mention that the dawn of a new month also brings several new contests including stickers from Horror Signs, Night of the Living Dead Mego figures, a zombie hunter bag, and more. So make sure to stop by and join the fun.